Pahari speakers are most likely to be included in the list of Scheduled Tribes in the coming months. This reservation, instead of a loose linguistic base, can have the area – populated by Pahari-speaking people – as the main criterion

JAMMU: With the possibility of including Pahari-speaking people in the list of Scheduled Tribes becoming brighter and more real than ever, community leaders may face a difficult political dilemma to negotiate.

Following the provisions of the Jammu and Kashmir Reorganization Act 2019, the Boundaries Commission proposed to reserve nine seats in the Assembly for the population of Scheduled Tribes. The allocation model suggests reserving the three seats in Poonch district, two of the five in Rajouri district, one each in Reasi, Anantnag, Ganderbal and Bandipore districts.

While the Gurez seat in Bandipore is for the Shina people among the Scheduled Tribes, the other eight are for the Gujjars and Bakerwals. Five of the remaining eight seats are in Poonch and Rajouri, the two districts which represent the largest concentration of Gujjars and Pahari-speaking population in Jammu and Kashmir.

About a third of Rajouri and Poonch’s more than 1.2 million combined inhabitants are Gujjars, and all the rest are Pahari on the near common ground of the language. There is great diversity within the Pahari group as it includes several social strata among Muslims, Hindus and Sikhs. Scheduled castes make up seven percent of Rajouri’s population, while in Poonch district their numbers are as low as just over 500.

In accordance with the current legal position of the political reserve, Gujjars now have the exclusive right to stand for election in five of the eight Rajouri and Poonch Assembly constituencies. This effectively takes Jammu and Kashmir’s top Pahari leader out of the electoral process.

In Jammu and Kashmir’s intense identity politics, while the Gujjars have broad community leadership, the highest Pahari leaders in Jammu and Kashmir all hail from Rajouri and Poonch districts. Their current status is clearly out of the electoral fray, but they cling firmly to the hope of being included in the list of Scheduled Tribes long before the election.

This confidence of Pahari leaders is influenced by the public and private commitments made by BJP leaders at different levels. The BJP is playing with Gujjars and Paharis to expand its footprint beyond its traditional areas. The Gujjars are deeply suspicious of their exploitation and the condition of the Paharis for reasons that ultimately bring no benefit to either community.

It is reliably learned that Pahari speakers are the most likely to be included in the list of Scheduled Tribes in the coming months. This reserve, instead of a loose linguistic base, can have the area – populated by Pahari-speaking people – as the main criterion.

This could be very good news for Pahari speakers at election time, but there is another side to this as well. The inclusion of the Pahari in the list of Scheduled Tribes is perhaps only a step before granting them a political reservation in the legislature.

Upon inclusion in the ST, while the Paharis will enjoy all constitutional reserve provisions, but the political reserve will be available for the ST (Gujjar and Bakerwal) and the ST (Shina), not for the ST (Pahari Speaking People). Even if, at 54,000, the Gaddis and Sippis (ST) are numerically superior to the Shinas, their population is spread over several constituencies in four constituencies which could not earn them a reserved constituency.

When asked how a community, even when included in the ST, could be kept out of the benefits of the political reserve, a source familiar with the process told The Dispatch that “people speaking the pahari were not enumerated as ST in the 2011 census, which is the basis for the current demarcation process.” The informed source further stated that “the Gujjars and Bakerwals of Jammu and Kashmir have been waiting 30 years after their inclusion in the Scheduled Tribe to secure a reservation in the Legislature”.

On the practicality of including the Paharis in the Scheduled Tribe, the source familiar with the process said consultations are at an advanced stage and any relevant decision will be taken at the political level at an appropriate stage.

If the result of this process is believed to come soon, the Pahari community will achieve a major social victory in a very short time of struggle, but this will come at an initial political cost. For all the obvious reasons, the Paharis will be the voters, but their leaders will have no opportunity to contextualize the elections until the relevant constitutional provisions are subsequently introduced.

WHO ARE THE BEST PAHARI LEADERS?

While stalwarts like Maulana Masoodi were Sheikh Mohammad Abdullah’s top Pahari colleagues, they appropriated their Kashmiri identity more than Pahar.

is. Mohammad Shafi Uri, who remained a legislator, minister and deputy for several decades, is another top Pahari leader, but with a community identity limited to election seasons. Muzaffar Hussain Baig, the co-founder of the Peoples Democratic Party, has so far been the most respected Pahari leader, but he has never consolidated communal politics. Similarly, Zafar Iqbal Manhas, currently a member of the Apni party, is also a widely respected Pahari leader but without ambition to represent the whole community.

Among the current leaders of the Paharis, the most popular are those closely associated with the BJP and its allies, but there are also a number of other veterans.

Mirza Abdul Rashid of Darhal in Rajouri district is a former Pahari leader who remained as a legislator and minister several times in Darhal and Rajouri constituencies. He also served one term in Rajya Sabha and served as Speaker of the Assembly in the late 1980s. A former Congressman, he has been in the National Conference for over two decades.

Murtaza Khan, also among the co-founders of the People’s Democratic Party, is currently with the People’s Conference of Sajad Lone. Khan is from Mendhar and served one term as MLC. Once a key member of the PDP, he left the party in 2013 and joined Congress. Khan has always been close to Muzaffar Baig.

Shafiq Ahmed Mir, a former journalist, is one of the most virulent Pahari leaders. Avid follower and practitioner of the institutions of the Panachatay Raj. He had once put Chief Minister Omar Abdullah in trouble when alliance leader Rahul Gandhi noted Mir’s concerns for the Panchayat system and invited him and his colleagues for a discussion in New Delhi. He also led a delegation of his Panchayat colleagues to Prime Minister Modi. Mir is the J&K leader of the Panchayat Conference and a member of the Poonch District Development Council.

Shabir Ahmed Khan of Rajouri is another Pahari leader. A former legislator and cabinet minister, he serves in Congress and currently serves as Vice Chairman of the District Development Council.

Mohammad Iqbal Malik, is one of those Pahari leaders who are carrying a bit of current right now – to be with the BJP. After retiring from government service, Malik went through almost every party and contested two assembly elections before coming to the BJP. He contested and won the 2020 DDC elections on the BJP ticket from the Darhal bloc, a constituency that does not have a single Hindu vote. Malik is the BJP’s poster boy for the Muslim regions.

Pradeep Sharma, who contested the 2014 Assembly elections on Poonch’s BJP ticket, is also a Pahari leader. It was then named MLC.

BJP State Chairman Ravinder Sharma, Vice Chairman Vibodh Gupta and Congress Leader Ravinder Sharma are also Rajouri’s Pahari leaders but they belong to the constituency which was not earmarked for STs.

The Dispatch is a sincere effort of ethical journalism. Truth, accuracy, independence, fairness, impartiality, humanity and responsibility are key elements of our editorial policy. But we are still not able to generate great stories because we don’t have adequate resources. As more media fall under corporate and political control, informed citizens around the world are funding independent journalism initiatives. Here’s your chance to support your local media startup and help independent journalism survive. Click on the link below to make a payment of your choice and be an actor of citizen journalism 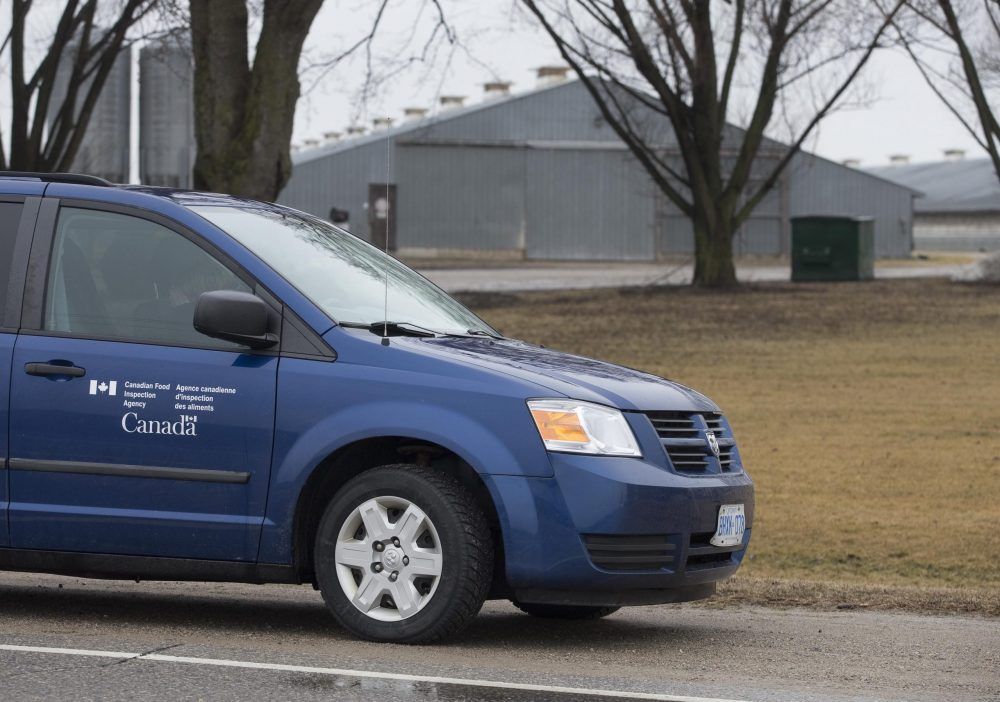 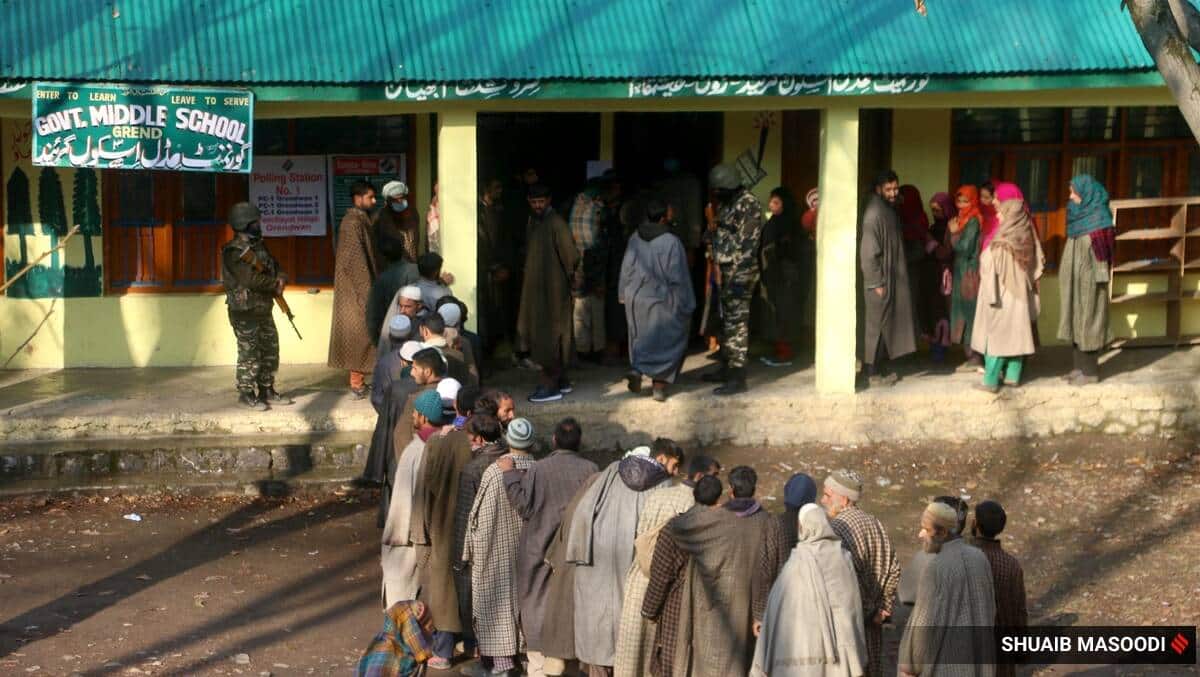