The Labor caucus is being held this week in New Plymouth and while they collectively have a lot to celebrate about their incredible Covid response (until Omicron burst), their list of national achievements is dismal.

With no clear strategy on how to force transformative change, Labor languished and did nothing meaningful beyond protecting us from Covid.

Here are their appalling failures:

Crisis of poverty and inequality: 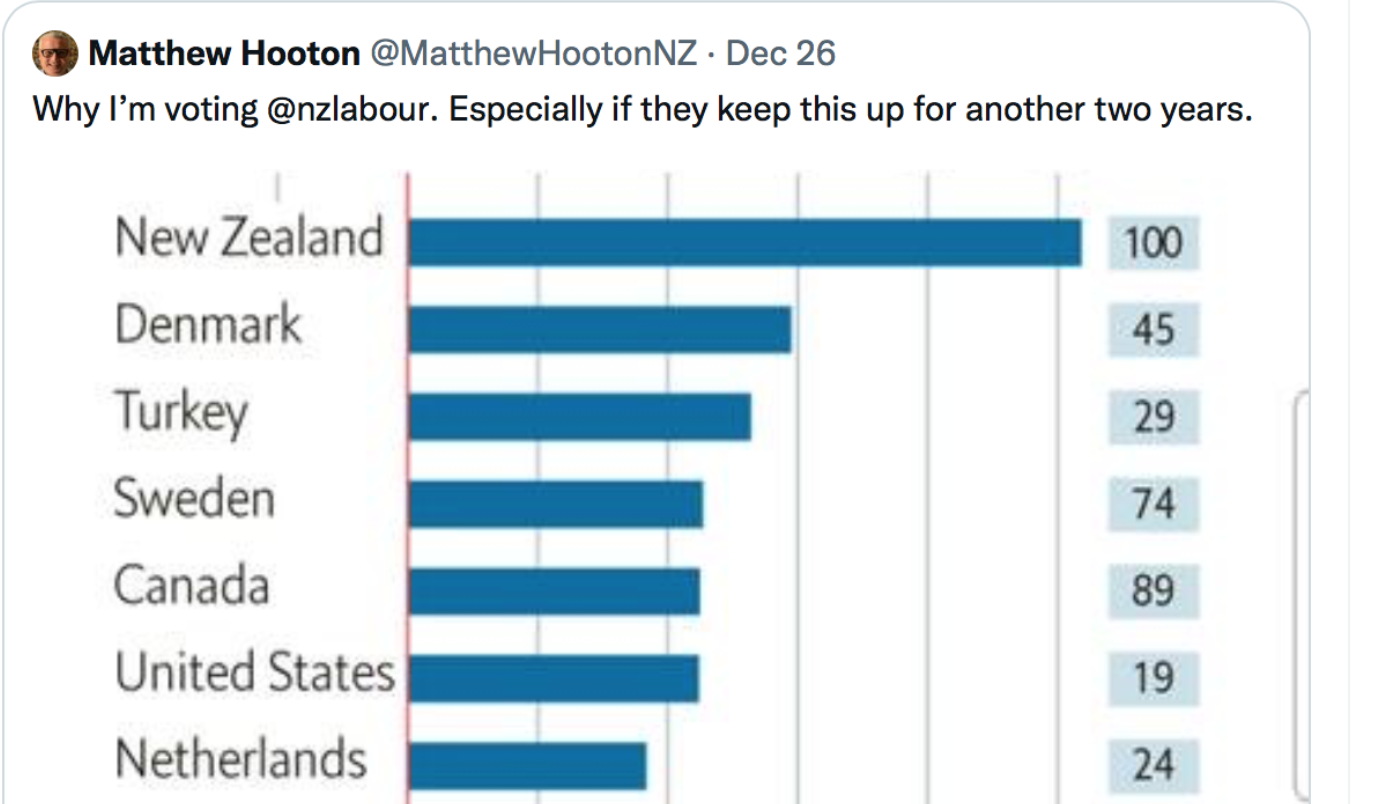 Although most Kiwis support higher social benefits, we receive pittance wages from Labor instead…

The Greens and the ACT have both condemned the government’s increase in social benefits, but for very different reasons.

July 1 marks the day a series of social development initiatives announced in Budget 2021 will take effect, including a $20 increase in core benefits per week – a change that will impact hundreds of thousands of Kiwis. Unemployed.

Last year’s benefit increase will reduce child poverty from 18.4% to 17%.

So sure, cheer that 1.4% like it means something, but don’t pretend it does.

I’m a little tired of hearing Jacinda and other apologists for this government tell us without laughing that lifting 30,000 children out of poverty is in some way a meaningful response to the poverty crisis.

Listen, even if, and I mean IF, they’re actually lifting 30,000 kids out of poverty (and I’m saying IF because we saw how much of a joke their Provincial Growth Fund job promises were) so even if they lift 30,000 children out of poverty, that still leaves 190,000 children in poverty!!!

If only we could put as much effort into lifting children out of poverty as we do on middle class tax breaks for electric cars, a billion dollar bike lane and hate speech legislation .

We hate beneficiaries so much that a crumb sells like a mountain. 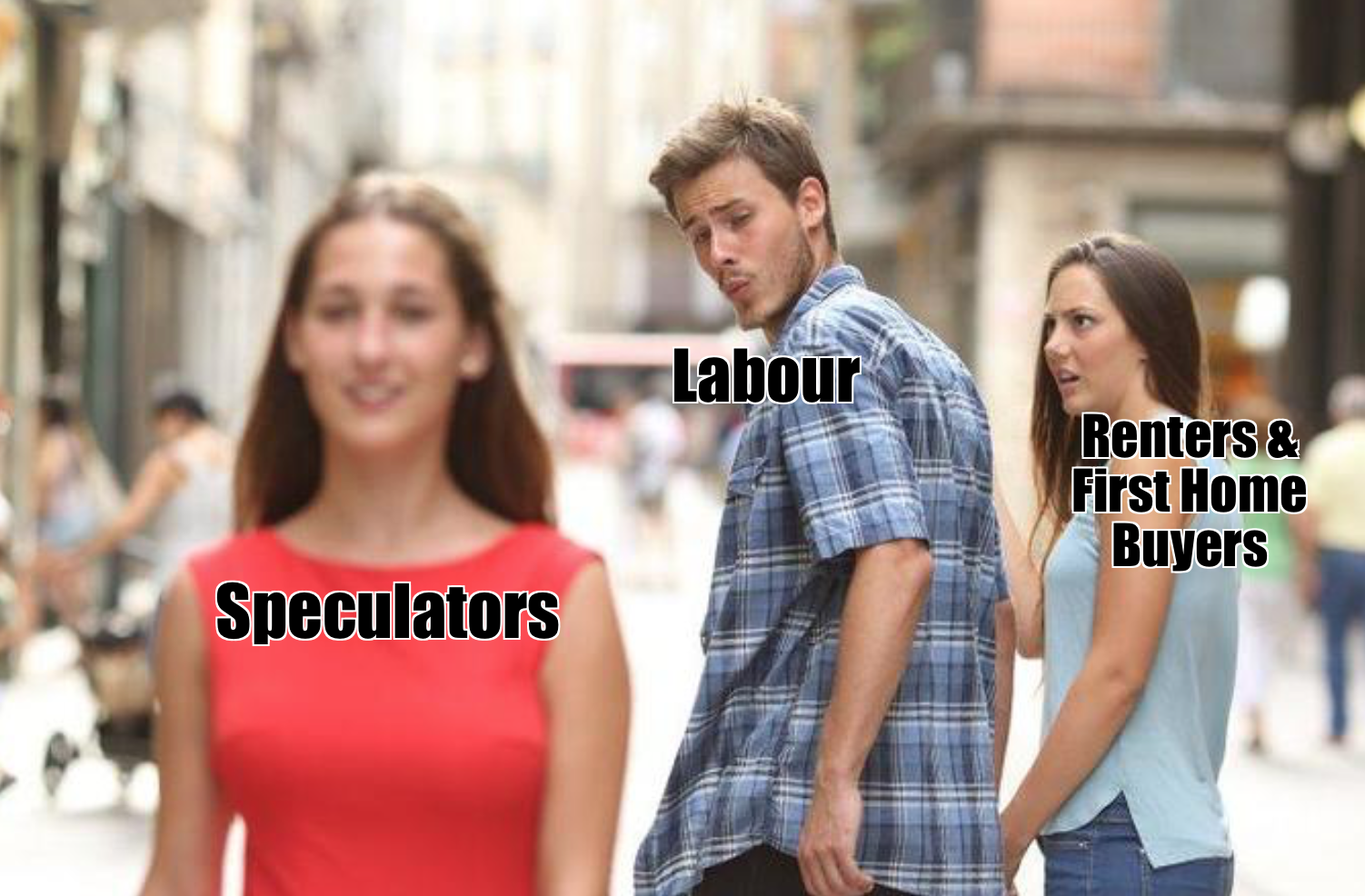 The first baby steps of this new government were to approve a racist drug law, rule out a wealth tax, rule out cutting benefits before Christmas and refuse to impose 10 sick days now.

Labor however has confusingly locked us in a vast debt trap to finance the economy by printing billions and instead lending them to the government to rebuild our infrastructure, poorly funded public services and pay back our welfare state, Labor has given the green light to corporate banks to fuel property speculators in the hope that the newly inflated paper rich will spend that false sense of prosperity in the real economy to help the little guy.

Once again, Labor is using free market mechanisms to try to fix a housing market destroyed by neoliberalism. KiwiBuild has become KiwiSpeculate! 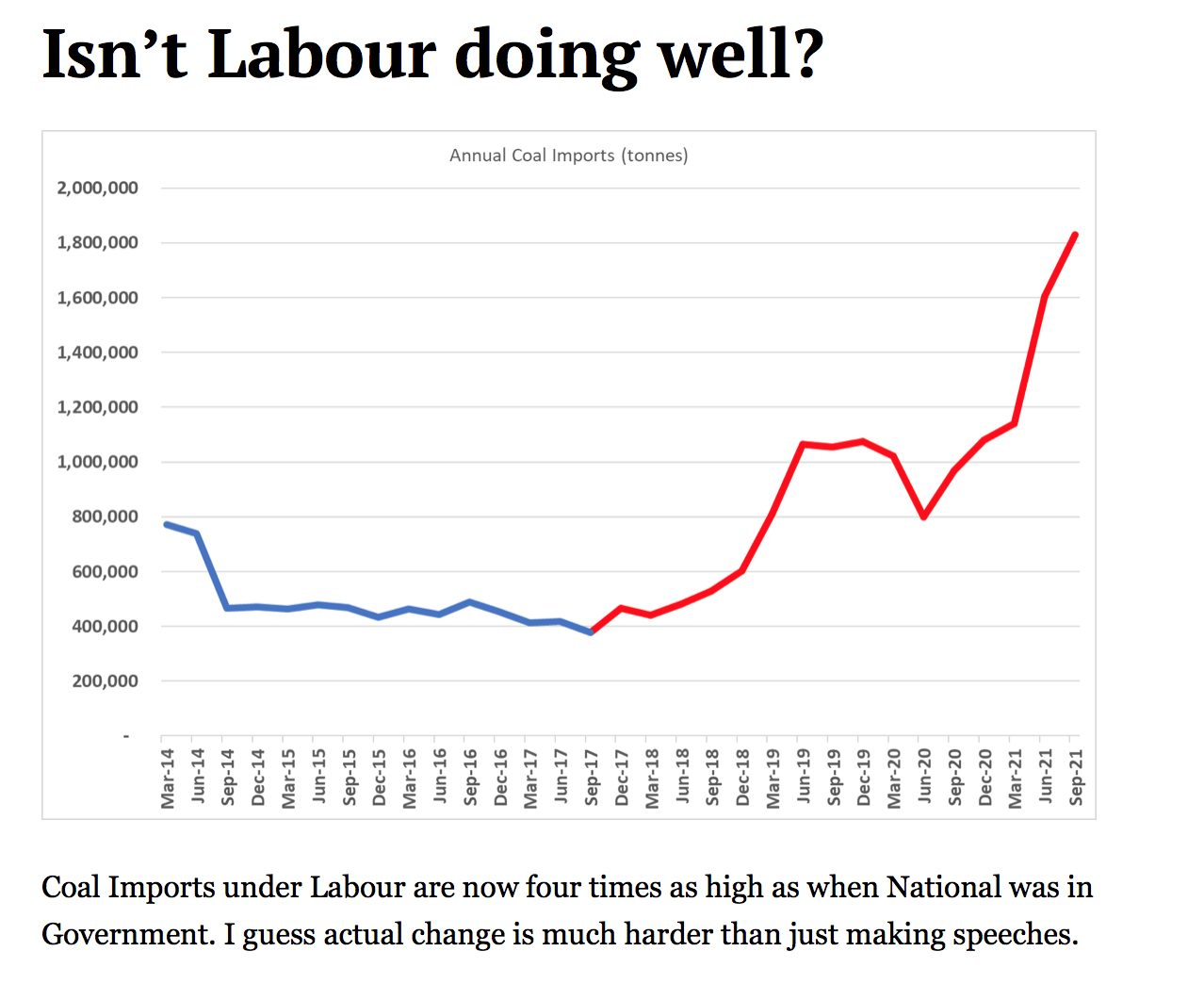 The latest meaningless bullshit that has been agreed upon is a shocking nothing as the entire species faces unprecedented omnicide due to catastrophic global warming.

Vacant promises that are not enforceable are just a win for the oil industry.

It is a catastrophic failure of collective will and represents the longest suicide note in human history.

It’s not James Shaws fault that the rest of the planet is still paying lip service to the adaptation needed to mitigate the enormous threat posed by global warming, so it would be unfair to blame him, but the New Zealand’s sophisticated stance is to do as little as possible while pretending we’re manifesting something meaningful, it’s like James taking our cow to market and coming back with 3 magic beans.

We’re all like, ‘James, where’s the cow’, and James excitedly tells us he’s got those 3 magic beans and we all hit James.

COP26 was a failure, if it was our last chance then we failed. The political spectrum cannot work when the rich polluters own the capitalist system, which exacerbates the problem. 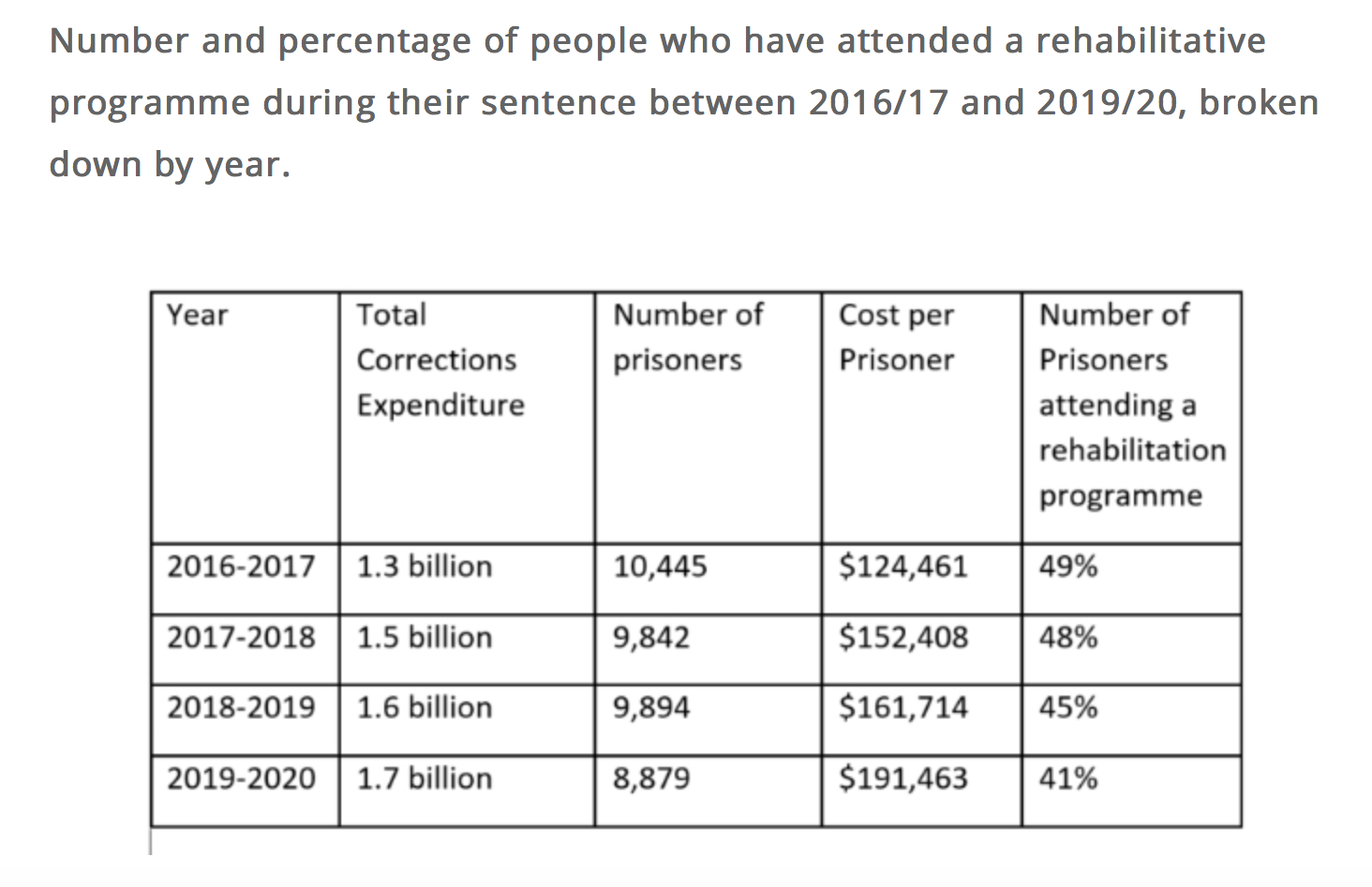 The prison population is decreasing, fewer inmates are in rehabilitation, more commit violence in prison and recidivism rates are still above 50%.

The only trick Labor adopted when they took power was existing legislation that National had simply ignored that allowed low-level prisoners to serve their sentences at home under house arrest rules.

The problem was under National, they didn’t bother to actively help prisoners fill out the paperwork to apply. The first thing Labor did was force corrections to help prisoners with paperwork, and that’s the only reason the prison rally fell.

It’s still the same old, underfunded, violent, and corrupt prison system it always was with the same counterproductive policies.

Prisoners still have to admit their guilt before being able to access rehabilitation, which leads them to access it less.

The prison environment is still too toxic to heal.

We are spending $1.7 billion on a prison system that produces men more damaged than when they entered.

Unfortunately, there are no votes to heal wounded men, only to punish them.

Right after the referendum that showed nearly a majority calling for cannabis law reform, Little killed all cannabis reform and landed us instead with shitty medicinal cannabis rules that only serve a billionaire while crushing the local medical cannabis industry.

Patients seeking medical cannabis ARE WEAKER after work than before!

Minister Little has the audacity to blame industry, suggesting that Andrew is either lying or grossly misinformed!

I am free to explain to the minister at any time why he is wrong.

Labor inadvertently set up the medical cannabis industry like they set up the supermarket duopoly. Labor allowed the large pharmaceutical segment of the New Zealand market to write rules that exclude smaller players, which led directly to the stalemate we currently find ourselves in.

A framework that only the big pharma segment can cross into fucking medical cannabis patients as well as the industry at large.

Labor deserves nothing but contempt for their failure on medical cannabis and if the Greens had a strategic brain they would embed a legal market in their deal to form a government in 2023.

So what to do?

Government legislation this year is the TVNZ/RNZ merger, public health reform, 3 waters and hate speech legislation. Each will create risks, each will create little hope in the challenges experienced day to day.

Food inflation, mortgage hikes and economic slowdown caused by external global shockwaves aren’t going to feel much better knowing that Radio NZ will be getting an extra $20 million every year!

Labor must have more than a message to ‘endure’ they must offer real hope as people continue to struggle and that hope can be articulated in a new state-backed supermarket chain to break the 22 duopoly billions of dollars a year.

It can’t be socialism when the Commerce Commission calls for it!

Workers must have the courage to enter the market and impose regulation when the market turns into a monopoly or a duopoly!

The idea of ​​cheaper food costs as prices rise is the perfect generator of hope in the lives of voters that Labor needs to achieve.

Many will say Labor doesn’t need a surprisingly radical idea as a state-backed third player in the supermarket industry. They will speak the whispers of Wellington mandarins in velvet gloves who will tell the caucus that stability and security prevail. They’ll point to Key and Clark halfway through who rubbed shoulders as evidence of playing it safe.

I think that argument misses the much bigger reality that New Zealand is currently not the same safe environment as Key or Clark mid-term and that any trigger could cause huge backlash.

Labor must promise hope to voters’ wallets or lose the bank to the National and the ACT. 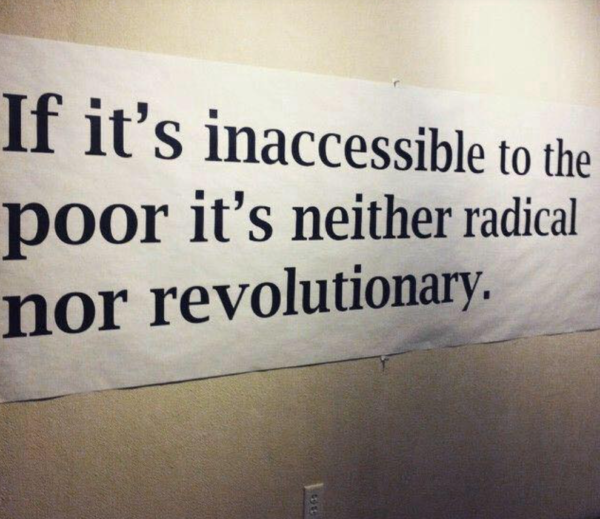 Having more and more independent opinions in a mainstream media environment that mostly echo each other has become more important than ever, so if you value having an independent voice, please donate here.

If you can’t contribute but would like to help, feel free to share our blogs on social media. 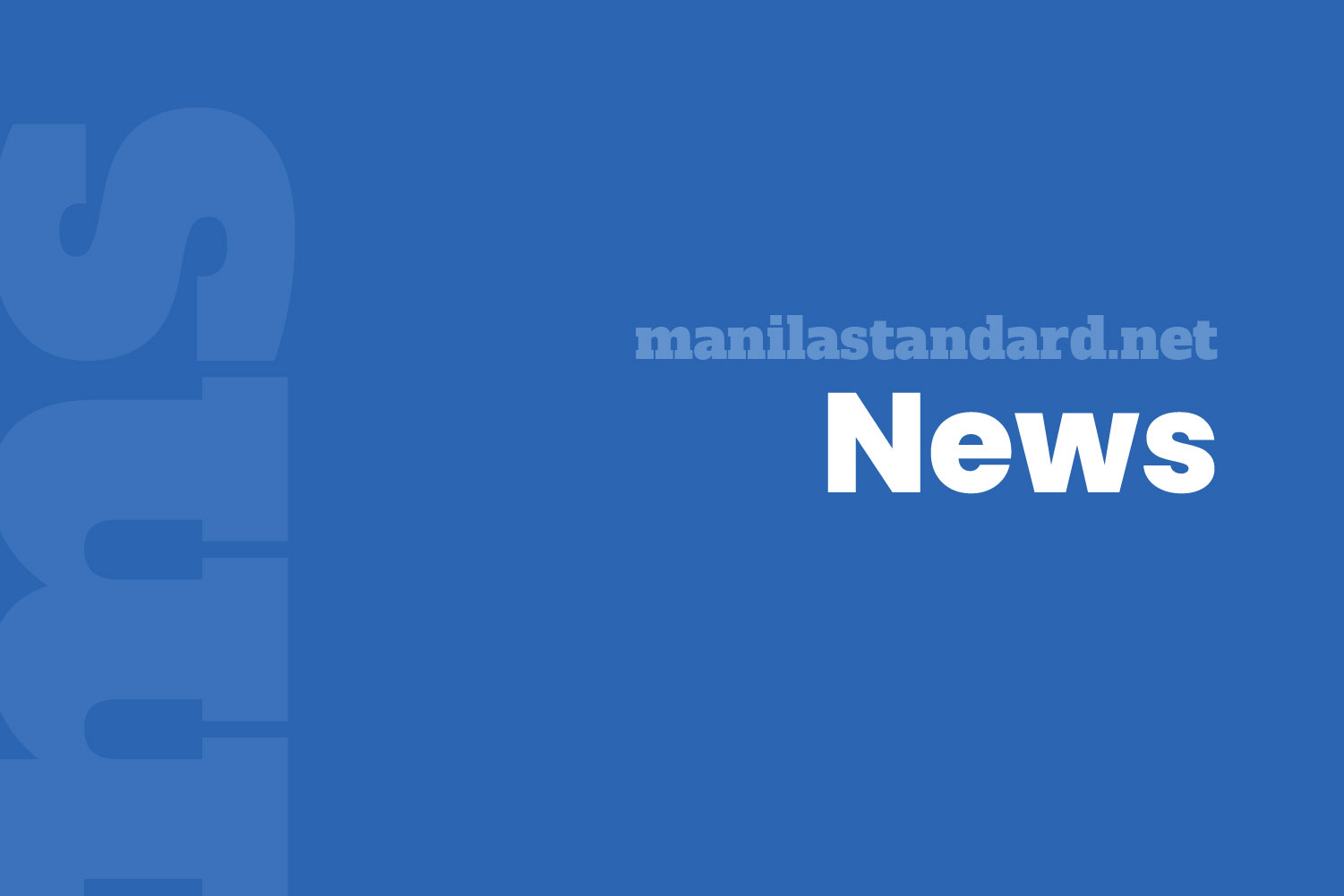 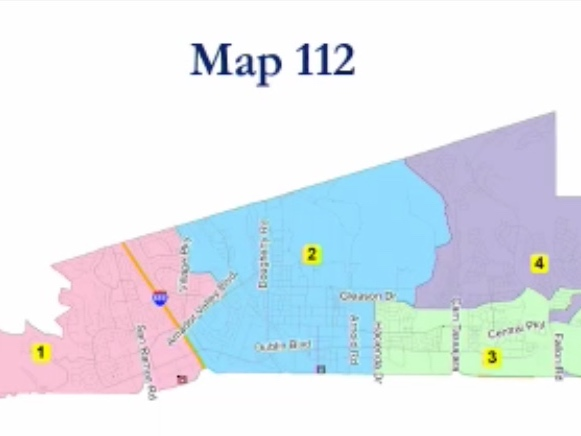 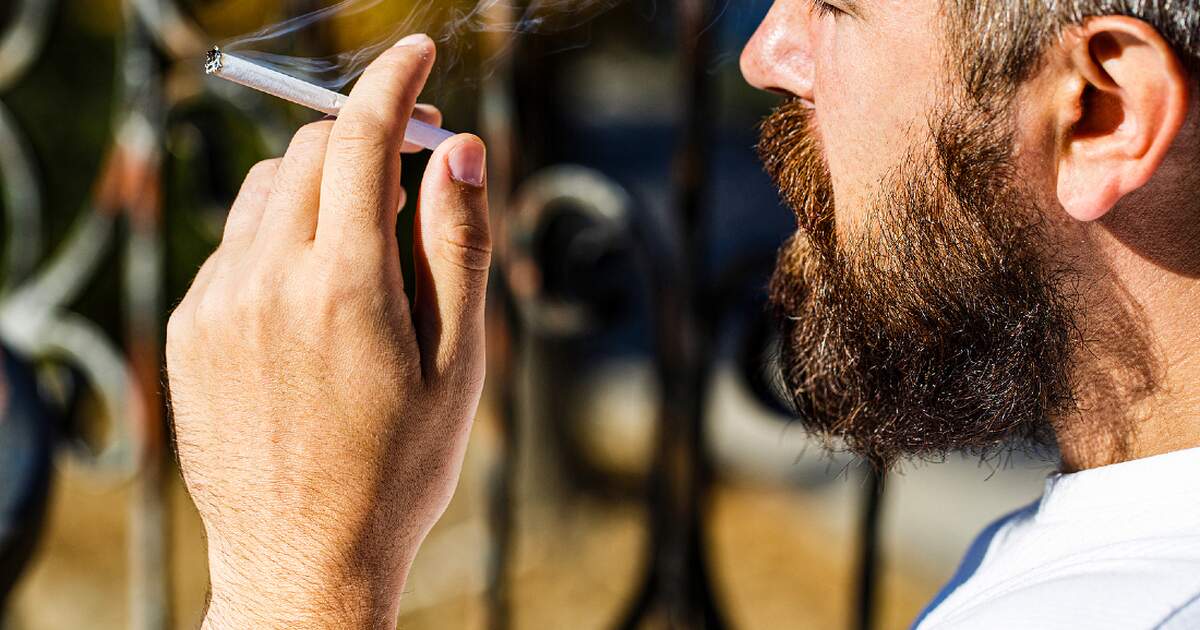